The source of the post and quotes is holy-bhagavad-gita.org (Bhagavad Gita The Song of God, Commentary By Swami Mukundananda)

In this article, I will introduce 40 life-changing quotes from ancient Hindu scripture Shrimad Bhagavad Gita which is actually a little part of the Epic Mahabharat.

Basically, Shrimad Bhagavad Gita is series of verses of conversation between Arjun and Lord Shri Krishna (A complete incarnation of Divine Vishnu). It was started to shed the ignorance of Arjun and stand him up to establish Dharma when he refused to make war against their wicked brothers.

Keep in mind that the following quotes are direct translations of some verses which were spoken by Shree Lord Krishna to Arjuna (I have cited chapter no. verse no along with each quote).

“Happiness and Distress are impermanent in nature, they come and go like winter and summer.” [2.14]

“A person who remains steady and untouched by both happiness and misery becomes eligible for liberation.” [2.15]

“The soul is neither born nor, it will ever die, it is eternal, immortal, and ageless, it is not destroyed when the body dies.” [2.20]

“As a person sheds worn-out garments and wears new ones, likewise, at the time of death, the soul casts off its worn-out body and enters a new one.” [2.22]

“Whose mind attached to worldly pleasures and their intellects bewildered by worldly objects, they are helpless to possess the resolute determination to progress on the path of GOD.” [2.44]

“You have a right to perform your duties, but you are not entitled to the rewards of your actions.” [2.48]

“Never consider yourself to be the cause of the results of your activities, nor be attached to inaction.” [2.48]

“One who prudently practices the science of work without attachment can get rid of both good and bad reactions in this life itself.” [2.50]

“The wise endowed with equanimity of intellect, abandon attachment to the fruits of action, which bind one to the cycle of life and death, they attain the state beyond all suffering.” [2.51]

“One whose mind remains undisturbed in misery, who is free from affection, fear, and anger, is called a sage of steady wisdom.” [2.56]

“While contemplating on the object of senses, one develops an attachment to them. Attachment leads to desire and from desire arises anger or greed.” [2.62]

“Anger leads to vague judgment, which results in the bewilderment of memory. When the memory is bewildered, the intellect gets destroyed; and when the intellect is destroyed one gets ruined.” [2.63]

“One who controls the mind, and is free from attachment and aversion, even while using the objects of senses, attain the grace of God.” [2.64]

“A person, who gives up all material desires and lives free from a sense of greed, proprietorship, and egoism, attains perfect peace.” [2.71]

Just as a fire is covered by smoke, a mirror is masked by dust, and an embryo is concealed by the womb, similarly, one’s knowledge gets shrouded by Lust ( insatiable desire). [3.38]

“Those who are not attached to external sense pleasures realize divine bliss in their own selves. Being united with God through Yog, they experience everlasting bliss.” [5.21]

“Those who are happy within themselves, enjoying the bliss of God within, and are illumined by the inner light.” [5.24]

“For those who conquered the mind, it is their best friend, for those who have failed to do so, the mind acts like an enemy for them.” [6.6]

“Through discipline, Who learn to withdraw the mind from selfish yearnings and rivet it on the unsurpassable good of the self, such persons are said to be Yogi and are free from all yearning or desires.” [6.18]

“When the mind, restrained from material activities, becomes still by the practice of Yog, the Yogi is able to behold the soul through the purified mind, and he rejoices in the inner joy.” [6.20]

“I regard them to be perfect Yogis who see the true equality of all living beings and respond to the joys and sorrows of others as if they were their own.” [6.32]

“The mind is indeed very difficult to restrain, but by practice and detachment, it can be controlled.” [6.35]

“The Dualities of desire and aversion arise from illusion, and living beings in the material realm are from birth deluded by these.”

“God is omniscient and omnipresent, the most ancient one, subtler than the subtlest, the support of all, the controller, and the possessor of an intangible divine form, He is brighter than the sun and beyond all darkness of ignorance.” [8.9]

“Within the body also resides the supreme Lord. He is said to be the Witness, the permitter, the supporter, transcendental enjoyer, the ultimate controller, and supreme soul.” [13.23]

“Those who understand the truth about the supreme soul, the individual soul, material nature, and the interaction of the three modes of nature will not take birth here again. They will be liberated regardless of their present condition.” [13.24]

“Those who see God as the Supreme Soul equally present everywhere and in all living beings, do not degrade themselves by their mind. thereby, they attain the supreme destination.” [13.29]

“Just as one sun illumines the entire solar system, so does the individual soul illumine the entire body with consciousness.” [13.34]

Click here to know about three-mode of action (gunas)

“By transcending the three modes of material nature associated with the body, one becomes free from birth, death, old age, and misery, and attains immortality.” [14.20]

“As the air carries fragrance from place to place, so does the embodied soul carry the mind and senses with it, when it leaves an old body and enters a new one.” [15.8]

“There are three gates lust, anger, and greed leads to self-destruction for the soul.” [16.21]

“The austerity that is performed with ostentation for the sake of gaining honor, respect, and adoration is in the mode of passion. Its benefits are unstable and transitory.” [17.18]

“Those whose intellect is unattached everywhere, who have mastered the mind, and are free from desires by the practice of renunciation, attain the highest perfection of freedom from action.” [18.48]

“One situated in the transcendental Brahman realization becomes mentally serene, neither grieving nor desiring.” [18.54] 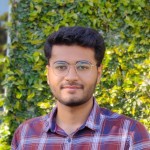